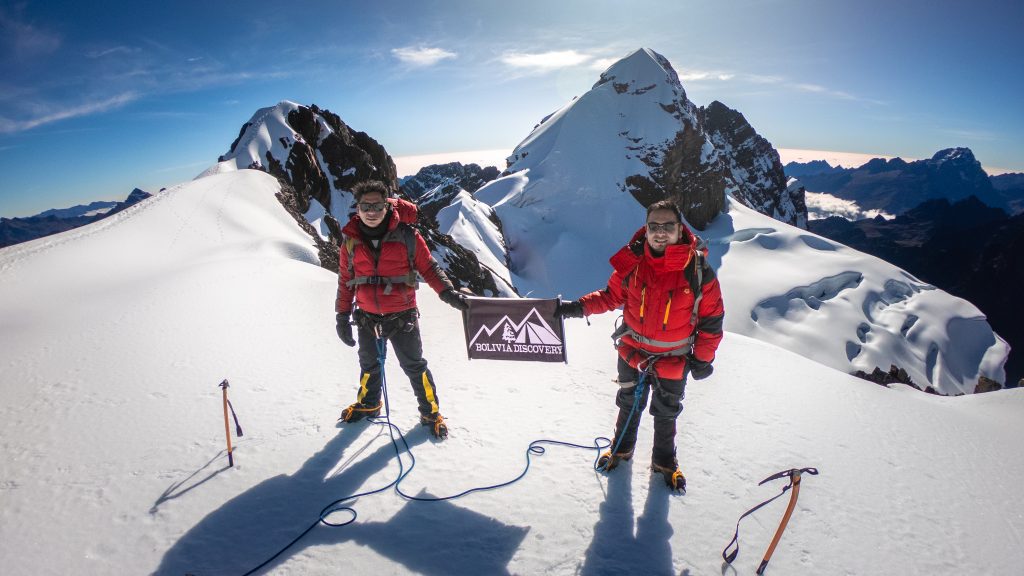 This adventure is the one that opened the mountain season for us this year 2022, El Pequeño Alpamayo, a very popular mountain in the Cordillera Real, it does not stand out for its height since it measures only 5,425m, but it is an excellent option to prepare yourself physically and mentally for a 6,000m summit.

Aldo and Luis accompanied us, Aldo had previous experience in the mountain since he told us that he had already climbed the Huayna Potosi which was good news since the altitude would not be a problem, on the other hand Luis had zero experience in the mountain, but that was not an impediment to achieve his first time on a summit. This trip lasted 2 days and was something really incredible.

Our first day was quite simple and relaxed, we left the city at 8:00 am, but we encountered horrible traffic due to the dates of Easter, so it took us longer than usual to reach our destination.

We decided to detour to Peñas, which is a small town famous for the number of people who practice climbing. I knew this place many years ago and now I saw it and there was a big change, it is not only a place for rock climbing, but now you can do different activities, from playing volleyball to ziplining.

After being amazed by everything there is in the place we went to eat pizza because it was already noon and finally we resumed our route to Condoriri where the real adventure would begin, we arrived at the place called the Arrinconada (4. 400m) where we got ready and loaded everything in our backpacks and also a draft for the mountain equipment, we started the hike of about an hour and a half, passing by the K’awna Khota lagoon until arriving to Chiar Khota where our camp would be, Aldo and Luis had the afternoon free to rest and/or go to take pictures of the place before the night arrives where we should have a good dinner because we would wake up very early to start the ascent to Pequeño Alpamyo.

We woke up very early, at midnight to be exact, we had 1 hour to get all our equipment ready and have a good breakfast, we started walking at 1:00 am towards the Pico Tarija glacier, a beautiful full moon lit our way As if it were daytime, we arrived at the glacier quite quickly, it only took us 45 minutes, we got ready the mountain equipment, crampons, harness, helmet, etc. and we started the ascent through the glacier, sometimes there was a cold wind, we walked quite slowly but almost without stopping, even we were surprised how we advanced in a very short time, we wanted to see a sunrise and with the speed we were going we would only see the warm night , so we tried to go as slow as possible even so we arrived early at Pico Tarija, it was 5:00 when we got to this point, the full moon showed us the whole Little Alpamayo and it was certainly beautiful, we decided to rest a bit, eat sweets, drink water, but we couldn’t stay there since we would get cold so we decided to continue, we began to descend approximately 60 meters to go back up in what would be the last part to reach the Little Alpamayo, halfway through the final stretch on The sun began to rise which motivated us even more to reach its summit and to be able to feel those rays of the sun that would tell us that we reached the Summit.
Without a doubt, that was how it was at 7:00 a.m. we reached the summit and even for me, who had already climbed that mountain repeatedly, it was simply glorious, Aldo and Luis were very happy to have achieved the goal, we enjoyed our time there and began to descend the same route until we reached the base camp where a delicious soup awaited us and where finally we had to prepare our equipment to descend to the Rinconada. 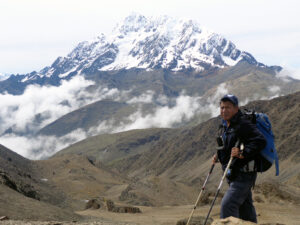 In Honor Of Gregorio Mamani Quispe | All Saints

It’s been more than 2 years since his departure, I honestly didn’t know how to start this, I thought of a thousand ways to make 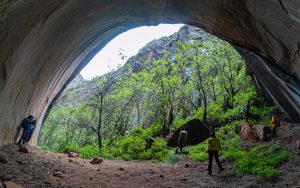 Awqani – the enigmatic and hidden grotto of La Paz

This place has a similarity to Toro Toro, however this is located in the department of La Paz and a little far away, it is

Stop dreaming and discover Bolivia with us